Rev. Dr. Karen Langford is a featured writer in the Religion section of the Cookeville, TN Herald Citizen Newspaper. She has also been collaborating on some writing with other authors, is currently working on her own motivational book, and writes a spiritual blog at: http://kalina-spiritualoasis.blogspot.com/.

Rev. Karen has always described herself as a Free Spirit; one who always thinks “outside the box” and who trails her own path in life. She has found that in her speaking, she can bring a wealth of experience in so many areas, and because of that, she finds that she can relate to people easily at all levels. 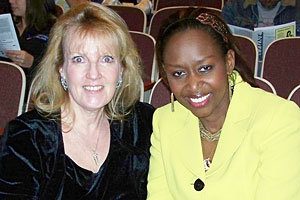 One of her goals is to motivate people to discovering one’s inner magnificence, and to teach that every person has it within themselves to be the greatest  expression of who Spirit wants them to be. Over the years, she has learned how important it is to have a positive and optimistic outlook on life, a good sense of humor, and to believe that one’s attitude sets one’s course in life.

When younger, Karen dreamed of becoming an actress and has had some parts here and there in Hollywood, and Nashville. In 1997 she experienced a major unexpected change of direction in her life: a breakdown. The experiences during, and recovery, she gained much wisdom, compassion, and understanding – not only for herself, but for others who seem trapped, and unable to cope with the diagnosis of depression.

Not long after she began healing, she became a motivational speaker spreading her message of love, happiness, laughter, and oneness. But she has not given up acting – but now her entertaining imparts a message and a purpose. 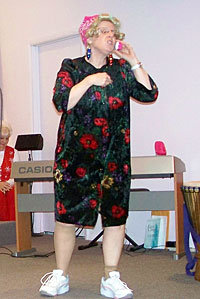 She totally embraces Jesus’ commandment, “Love one another as I have loved you.”

Rev. Dr. Karen Langford offers herself in service to humanity and hopes that she can teach people the lessons she’s learned along her own life’s journey. Even though she has come a long way and has gained much wisdom and knowledge along the way, she also knows that she has a long way to go, or as she says: “In the realm of everything there is to know in life, I still don’t know ‘nuttin’!”

Our Mission
Testimonials
Make a Payment
Make a Donation